One of the arena gameplay is the Crystal Crown League in "Tap Heroes: Clicker War". The form of confrontation is asynchronous confrontation between players. 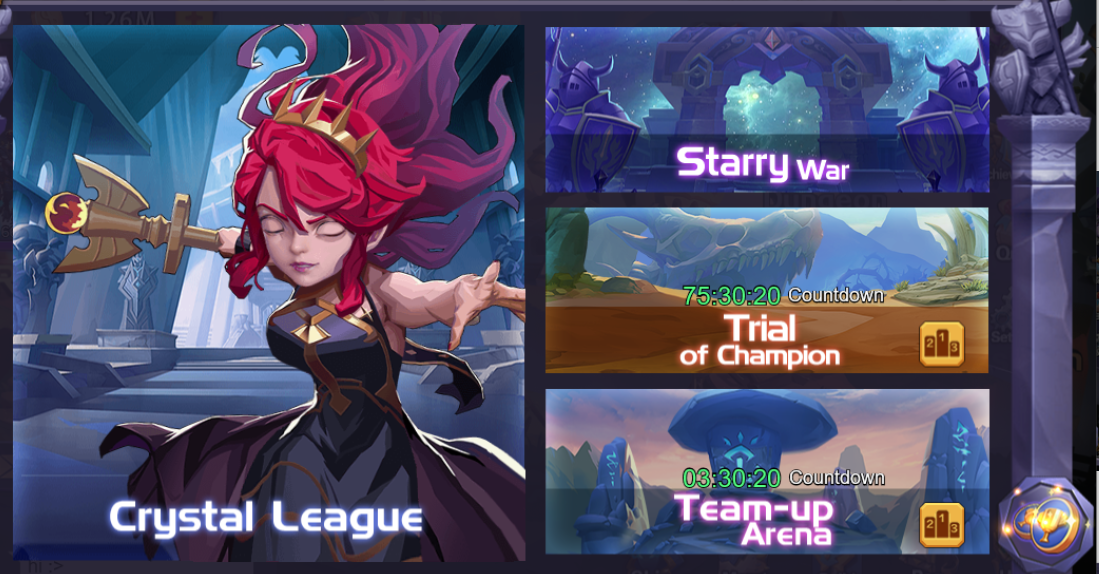 The battle is based on the server. Players can fight with one player in this server at a time. After winning the battle, they can increase their rank in the arena, and get rich rewards such as guild coins and diamonds. 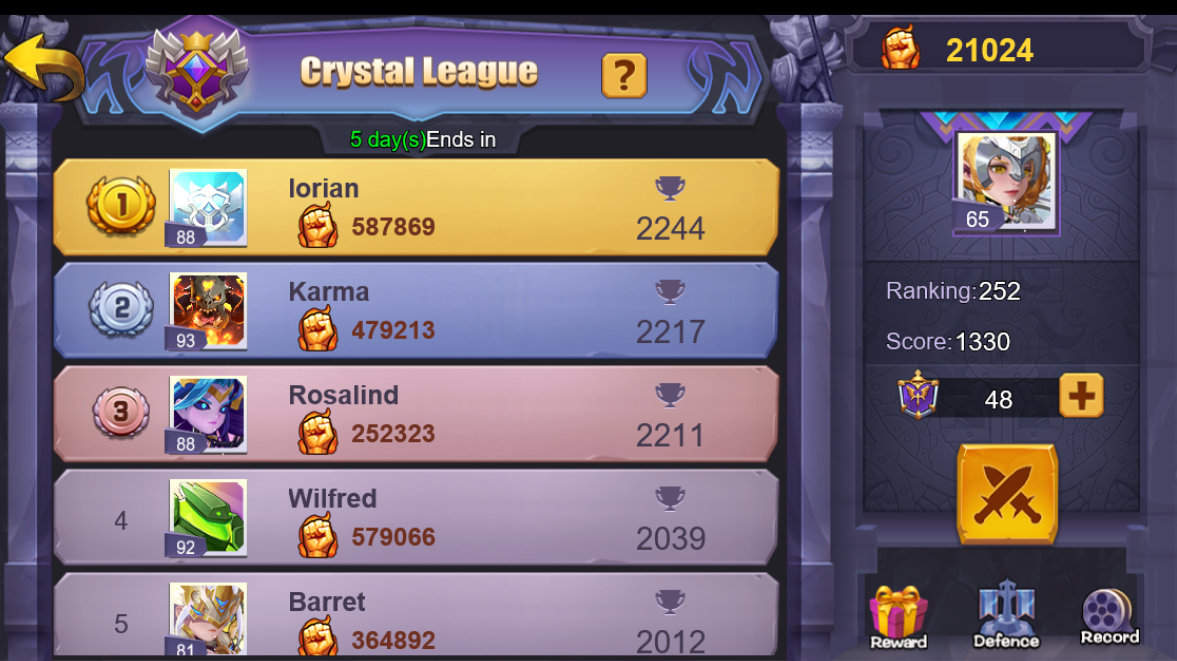 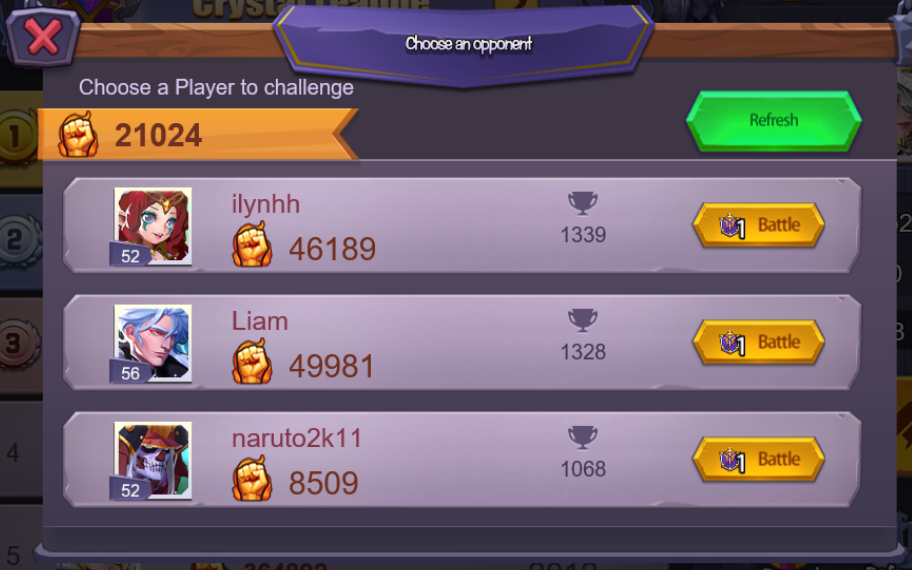