Sign out
Games
Your location:Home>Clash of Empire: Epic Strategy War Game>List of gift 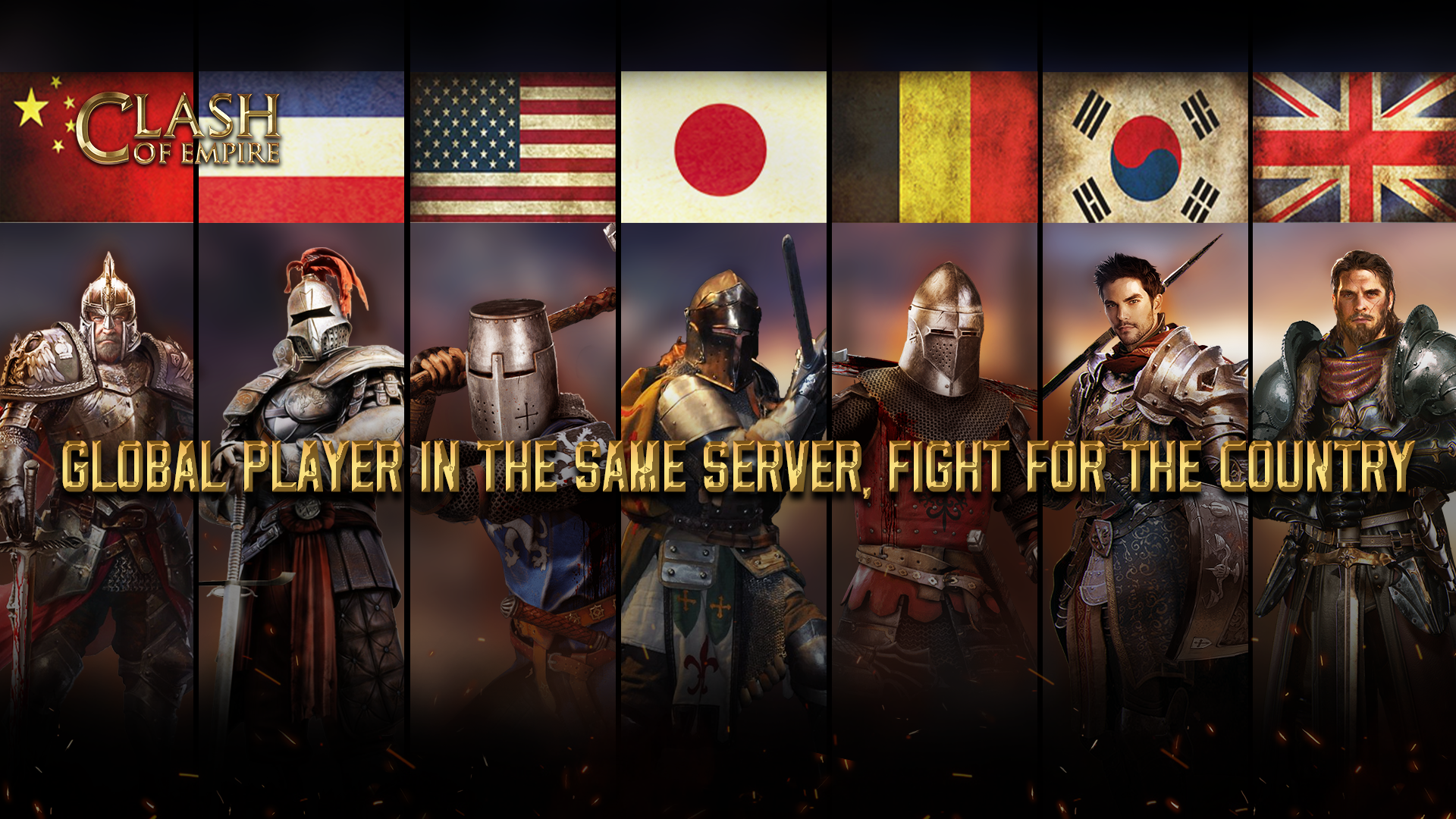 Clash of Empire co-published by MIRACLE GAMES INC, is a Global massive epic strategy multiplayer game, strives to reproduce the medieval magic battlefield through exciting war scenes and real-time strategy. You, as a lord, will build your own empire, develop civilization, train army, kill monsters, rally your allies to capture territory, defeat the enemies from all over the world, seize the throne, fight for glory! Download Clash of Empire MG Store Android version whcih can be using the account of the Win10 version. MG Store Android version can communicate with Win10 version account data. RECRUIT GENERALS • Alexander! Genghis Khan! Caesar! Joan of Arc! Go to the Hero Hall to recruit world famous generals. Brand new gameplay: Polar Desert is waiting for you to explore! BRAND NEW DEVELOPMENT PATTERNS • The brand new gameplay of workmen replace the boring builders. Assign workmen according to actual needs to speed up the process of resource production, castle upgrade, technology research, force training and more! MASSIVE GOLD FOR FREE • Gold Mine, an entirely new feature, produce Gold as much as you want. You don't have to top-up to get a massive Gold! An extra benefit for players around the world! MYSTERIOUS HIDEOUT CAVE • Preserve the strength? A surprise move? Prepare for striking back? Choose a suitable strategy and get flexible use of Hideout Cave to win the battle! GUARDIAN BEAST • The Lion has 5 different personalities and 16 special skills. Freely combine them and each player will have a unique Lion! CRAZY MAGIC MINE • Innovative alliance team fight! The Alliance can get a huge payback of resources by investing in the Magic Mine. But it could be attacked by other former alliances while investing! If the defense defeats, the resources will be plundered! Stimulating battles are on the horizon! GLORY RESOURCE TOWER • The symbol of an Alliance power! Every powerful Alliance will be involved in the resource tower war. Occupying the Resource Tower can get attribute bonus for all allies! Grows ever stronger with wars! ARTIFACT • Each Artifact has a special ability. Only the most powerful Lord can own it. _____________________________________________ The game available in 16 languages: English, French, German, Russian, Spanish, Korean, Italian, Japanese, Portuguese, Persian, Arabic, Czech, Polish, Turkish, Simplified Chinese, Traditional Chinese. _____________________________________________ Only the strongest warrior with the best strategy and can be on the throne of the kingdom! To be esteemed of millions of people, to reach the peak of civilization, to hold real power in your hand. Are you the next king? _____________________________________________ Join our Facebook: https://www.facebook.com/COEWin10/ Discord: https://discord.gg/tVFXZwp