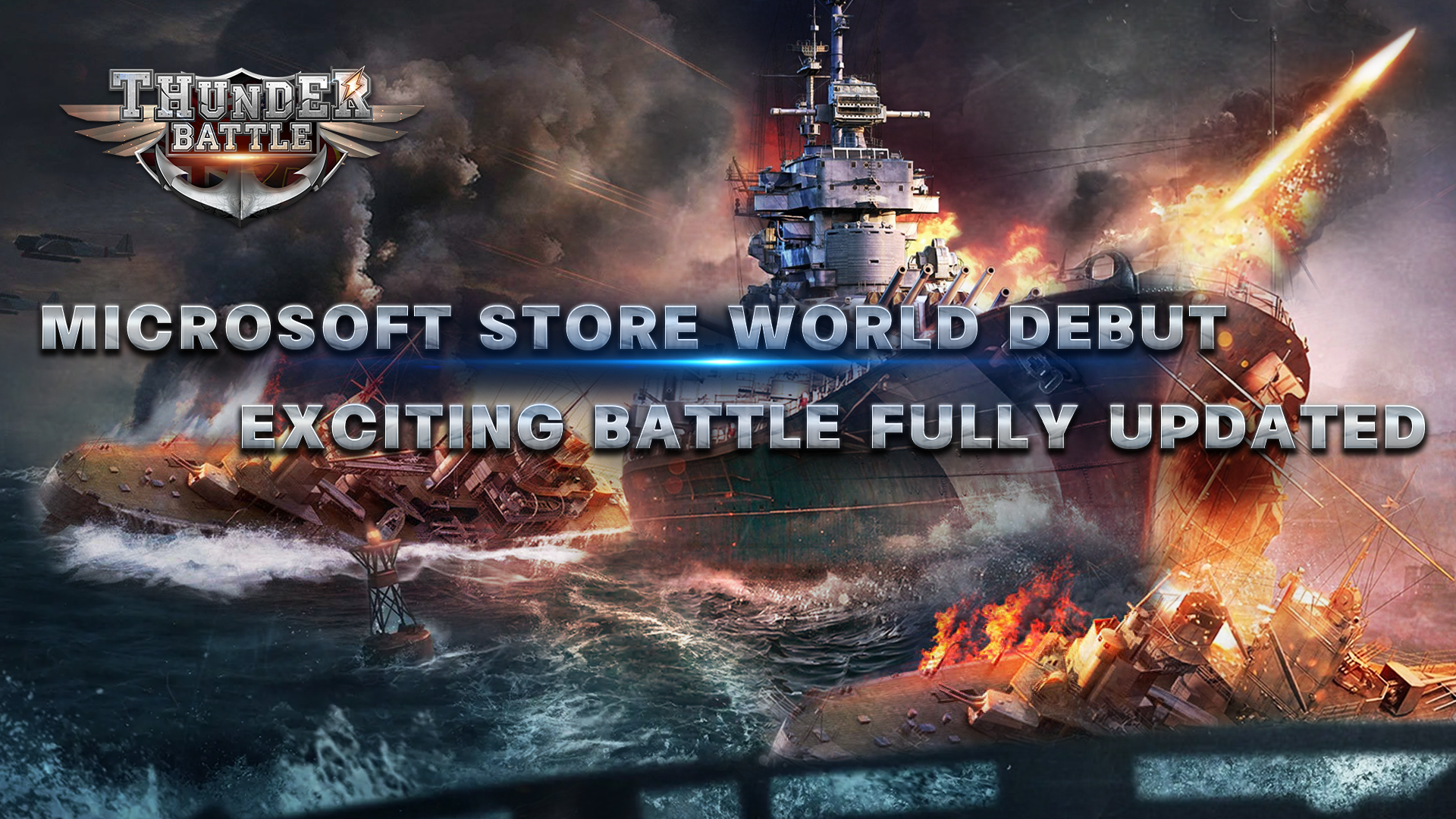 Thunder Battle is a 3D military simulation strategy game, which was officially launched in Microsoft Store world widely for the first time! With a super high quality reproduce of sea, land and air war, the game opening a new era of military simulation games! High restoration 3D model armament force, 360 degree dead angle operation, experience the real battlefield! Thunder Battle co-published by MIRACLE GAMES INC takes the sea, land and air war as the background, combined with historical events. It takes 5 years to build this well produced game. Players will reach the limit of the military strength, and experience the fun of the commander! As a third person vehicle shooting naval battle game, you can enjoy different experiences brought by unlimited combat combinations. Hundreds of iconic warships and various types of ships of different levels perfectly fit the diverse and exciting combat that you desire. The game also focuses on the optimization and improvement of the client game experience, making the large screen experience clearer and the operation experience more smooth. The game available in 9 languages: English, Simplified Chinese, Traditional Chinese, French, German, Japanese, Russian, Spanish, Portuguese. • TRINITY OF SEA,LAND AND AIR, UNITE AND FIGHT From Bismarck and Yamato to Iowa and Hood, there are more than 100 warships. The fleet includes famous commanders and generals in history. They are upgraded according to their natural abilities and fight side by side with your favorite commander. The story of the game highly restores the most famous and historic warships and wars in World War I and World War II, making the players seem to return to the era full of gun smoke. 200 warships, 27 aircraft carriers, 50 submarines, 40 fighters, 40 tanks to produce the real scene combats of sea, land, and air by FULL 3D. Enjoy the unique strategic game by different fighting style. • FREEDOM FOR GAME, BOTH FOR ANDROID AND PC, CROSS CLIENT SAME SERVER While enriching the playing methods of the game, the game also focuses on the optimization and improvement, upgrading the operation fluency, and bringing you a clearer and smooth large screen game experience.You can Download both the Microsoft Store version and Android version installation package on Miracle Games’ official site. Cross-client accounts from Microsoft Store and Android or iOS are on the same server and all updates are synchronized, players from PC clients and mobile clients can play together and fight together. • IN THE REAL WORLD OF NAVAL WARFARE, BLOOD IS BOILING Through highly restored battle maps and realistic naval ships, it presents a fierce naval battle experience. High reality FPS operation in air combat, allows you to shot enemies in the sight. The submarine undersea allows you to dive and deploy behind the enemy’s back. The enemy can not find where they are. More real fighting experience and more intense fighting feeling.There is also a unique weather system, which can switch between day and night according real-world time, giving players an immersive experience. • DEVELOP FREE AND DIVERSE PLAYING METHODS AND UPGRADE AT WILL Players can command the real air force and fleet, drive the iron monster in World War II, and obtain resources on the tidal land. As well as upgrade and adjust team according to different strategies, strengthen warship skills, equipment and components to continuously enhance the comprehensive combat effectiveness of the fleet, and compete with global commanders. Players can also plunder the resources of hostile players in PK, freely form an alliance with friends to jointly fight against hostile forces, improve the combat effectiveness of the fleet and obtain the attribute bonus of warships. • THE FULLY UPGRADED THIRD GENERATION, OPTIMIZE GAME EXPERIENCE "Thunder battle" is comprehensively upgraded on the basis of the second-generation "Warship War". The second-generation battleship has been highly praised by millions of players and won the PC Game masterpiece of Microsoft Store in 2021. Third generations of "thunder battle" will be launched in Microsoft Store worldwide. The game will be released in more than 240 countries and regions around the world. We look forward to the participation of new players and the return of old players! __________________________________________ Gift package: https://www.mguwp.com/gamegift/4322D692E6 Facebook: https://www.facebook.com/WarshipWarsBattleforSurvival (Follow FB to get more gift packs) Discord: https://discord.gg/tVFXZwp Email: Support@mguwp.com MG Help + support: https://support.mguwp.com/